← more from
Wrong Speed Records
Get fresh music recommendations delivered to your inbox every Friday.
We've updated our Terms of Use. You can review the changes here. 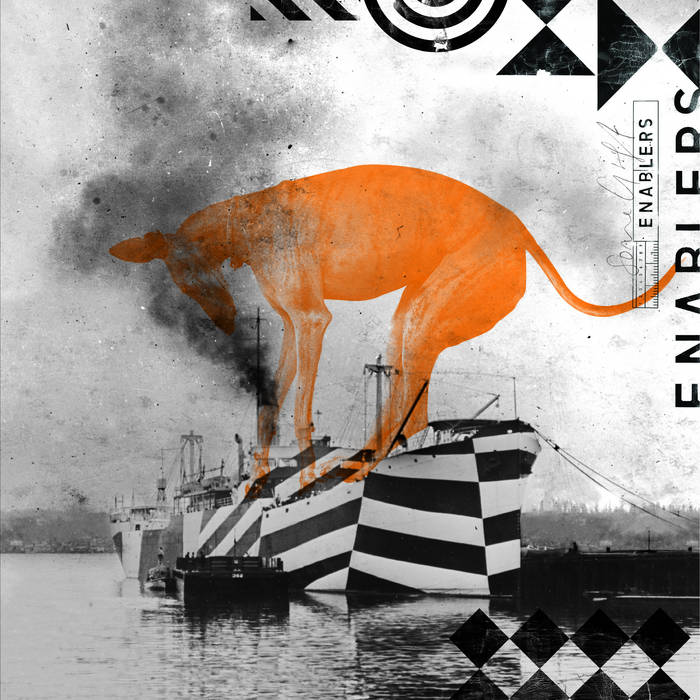 Martin FX spoken word rules.... Favorite track: And Other Oddities Of The Brain.

💿; I only came across these guys recently.
Dunno how or where.
As soon as I heard the spoken poetic words and their hypnotic sounds from the instruments i was hooked.
So i found they were coming to a city I live near, Nottingham, Bought a ticket
Got to the venue and Pete Simonelli stood at the bar next to me watching the support ( didn't wanna disturb him ).
The gig was fantastic... that was my 3rd gig since the lifting of lockdown and the BEST cheers lads hope to see you again. Favorite track: Suburban Death March.

Justin Reed I wish I possessed the writing skills of Pete Simonelli so I could write a review worthy of how amazing this album is. Thanks guys this album is extremely good! Very likely album of the year for me. Favorite track: And Other Oddities Of The Brain.

Interested in Pete Simonelli pre-recording my eulogy. Will pay in cash or good vibes. Favorite track: Willard To Kurtz.

eldudowski if you know you know, i didn't now i do, don't wait just commit to the intense poetics and elegantly jagged rhythms of this masterful band, see em live now, they'll turn your world upside down. this album is an instant classic. Favorite track: Phone Blows Up.

Their individual histories join the dots through the major musical events in America of the 80s and 90s: the fertile Texas underground, Homestead Records, New York noise, Bay Area metal, the post-Nevermind goldrush and everything that got left in its wake.

As with all the best bands, they formed by accident. Author and poet Pete Simonelli convinced guitarists (and fellow bar-dwellers) Joe Goldring (Swans, Touched By A Janitor, Wade, Toiling Midgets) and Kevin Thomson (Nice Strong Arm, Timco, Touched By A Janitor, Hazel Atlas, YEARS) to provide musical backing for a few poems. The addition of drummer Yuma Joe Byrnes (of 4AD’s Tarnation) sparked Enablers into life, away from the cerebral idea of a ‘book project’ and into the infinite possibilities of a living, breathing band.

Says Simonelli, ‘We agreed that (Enablers) were not going to sound like much of what had already come before in the vein of ‘spoken word’ recordings: a voice in front of a droning, basically static piece of music. We wanted solid musical compositions with dynamic and tense arrangements’

They’ve been doing that very thing, collectively, from day one.

And now – when we’re seeing a boom in what the press is calling sprechgesang – there’s something self-limiting about using the term ‘spoken word’ to describe Enablers’ music as though a style of delivery of the human voice should be a genre in and of itself. When Enablers first toured Europe, the prosaic comparisons seemed to come from the world of post-rock, implying a drift and formlessness that couldn’t be further from the reality of seeing the band live.

Simonelli punctuates the thrilling out-rock of the musicians as if directing the chaos with each jabbed finger or kick of a boot, rhythms explode on a single syllable or are seemingly sucked back into their shell by a breath in the text. Goldring and Thomson constantly reinvent the wheel, using the limitations of guitar to their advantage, always surprising listeners with new possibilities. It is primal, powerful and absolutely hardcore, the product of 40 years of music-making that stands apart from very many – if not most – contemporary bands.

Over time the group has drifted geographically apart yet has somehow managed to stay together. They weathered the tragic loss of Byrnes in 2012 with a succession of incredible drummers (Doug Scharin of June Of 44, Neil Turpin of Bilge Pump) before settling on Sam Ospovat (Lydia Lunch, The Flying Luttenbachers, Ava Mendoza, Brandon Seabrook, Tuneyards) and a relatively stable line-up – albeit one now separated by state lines and oceans.

In the tradition of the punk and underground era they grew up in, Enablers have always treated each new recording as a bookmark in time used to generate resources to tour. They’ve stayed defiantly DIY with releases on Neurot, Lancashire & Somerset, Exile On Mainstream and Human Worth with each tour increasing their audience a little more.

Some Gift is their seventh LP and the first on Wrong Speed Records. To the labels ears it represents a summation of the history of the band. It recalls the incendiary power of the early records whilst being delivered with a loose, human feel that can only have been cultivated through the time and experiences they share together. These seemingly gradual changes in sound from album to album reveal themselves as revelations once fully experienced and understood as a whole. It sounds like this music comes effortlessly to the players, yet it leaves the listener punch drunk, exhausted and elated.

Wrong Speed Records are thrilled to bring you Some Gift. If you’re familiar with Enablers, you’ll love it immediately like they did. If you’re not, then now is the perfect time to get acquainted. You’ve got a lot to catch up on.

Bandcamp Daily  your guide to the world of Bandcamp

Sampa The Great joins the show to discuss her release, "As Above, So Below".